Project idea in couple of sentences:

Information is an essential part of our living, where lack of information may lead to poor or wrong decision making. Our project seeks to provide information to farmers, investors, production companies and policy makers in areas of the following:

The story behind the project: why are you specifically interested by this issue?

Available datasets to use: 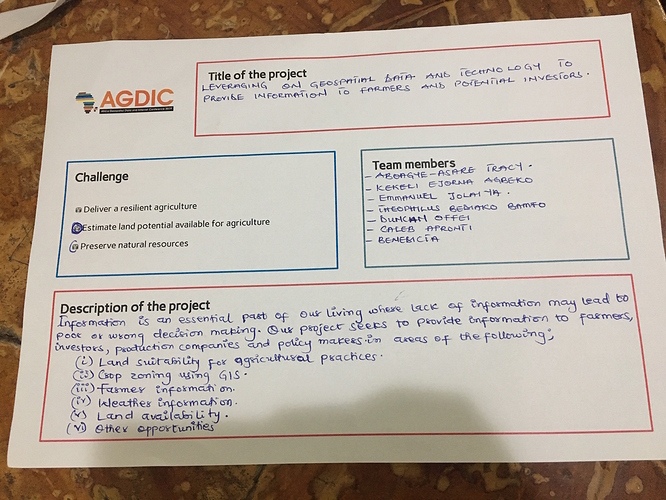 Very good pitch and excellent hook at the beginning.
But write the answer to your hook question on a slide (“Buy it!”) when you give it.
Very good user defined as well, very well integrated on the narrative!

But what’s the added value of your project to farmers?

–> Your project is relevant, it relates to the topic of deforestation. Did you know that there’s a national public strategy in France that is addressing the impact of its national imports and consumption on deforestation in foreign countries.

Europe remains one of the world’s largest importers of embodied deforestation. It is now widely known that industrial agriculture and livestock production are the main cause of deforestation in all regions of the world, with just a few commodities - beef, soy, palm oil, cocoa - causing around half of global deforestation each year.

This public strategy and orientation is the first national strategy proposed by any country.

Who exactly are your users, farmers or investors?
How would you prove that food production doesn’t come from a deforested zone?

In our current dispensation, information data plays a critical role in proffering solutions and shape-shift in policy.
Lack of data and information on agricultural lands and resources in the south western region of Cameroon has been a bane to the upfront development of the sector and its effect has had a toll on the socioeconomic status of the farmers(increase in poverty). AGROPAL seeks to mitigate this challenge by providing adequate and up-to-date information to the farmers by leveraging on geospatial data and technology. Not only will we provide information to the farmers,we would also connect this farmers to potential investors. 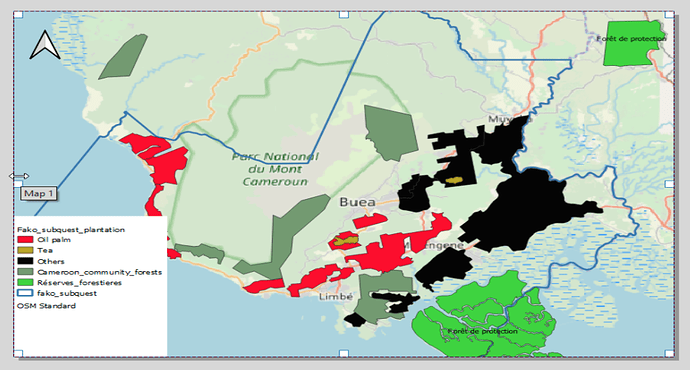 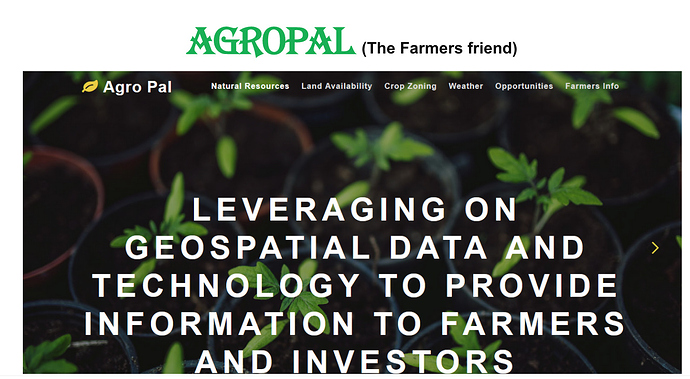 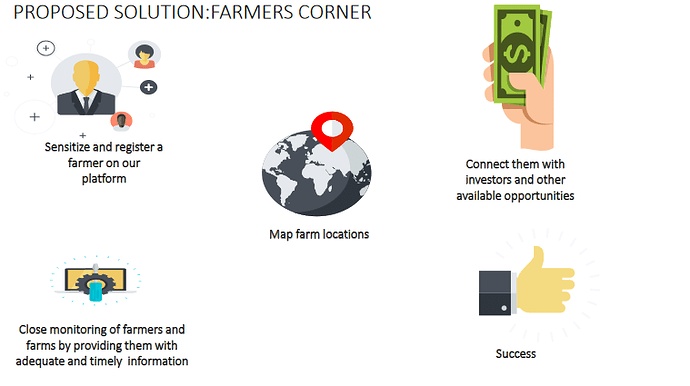 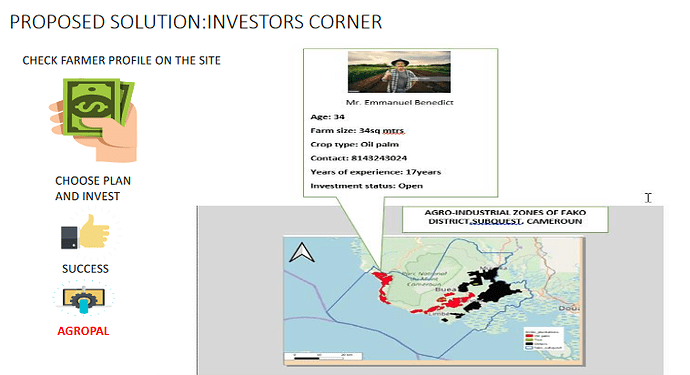