Project idea in couple of sentences:

Forest cover depletion and its imput on biodiversity, land use, climate, population and health has a diect link with yield in agriculture. The project wants to showcase problem viz a viz available data, and offer recommandations to policy makers.

The story behind the project: why are you specifically interested by this issue?

Available datasets to use:

You can also add team members if relevant: 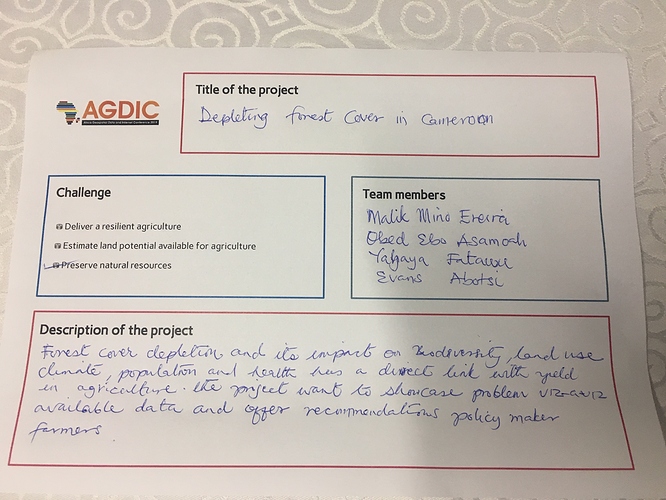 Cameroon is looosing the forest cover.

==> So we can say there is an acceleration

1 - This deforestation has a direct effect on the rainfall.
The trend + projection

3 - Sunshine: More sunshine is heating the ground with no forest 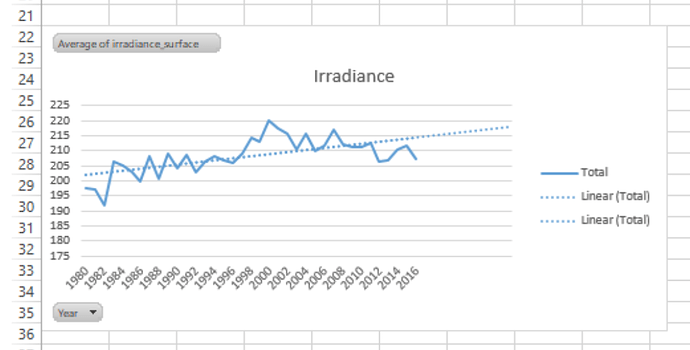 Which zones are contributing more / are in alert 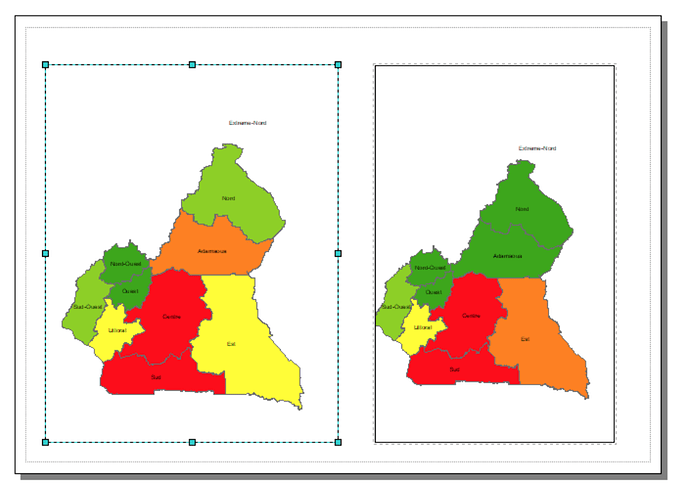 ==> This gonna have an effect on food production

Your project is interesting, and you have a special added value by giving projections.
Good pitch

Improve
Start directly with your issue
“People are going to suffer…” > Say it at the beggining
Better explain your predictive model
Have you manage to get all the necessay data?
Clarify how you have developed your map
You mention the possibility to build a dashboard, be more specific about what information could be integrated to it, if you can, wireframe this dashboard to give a better idea of the final product 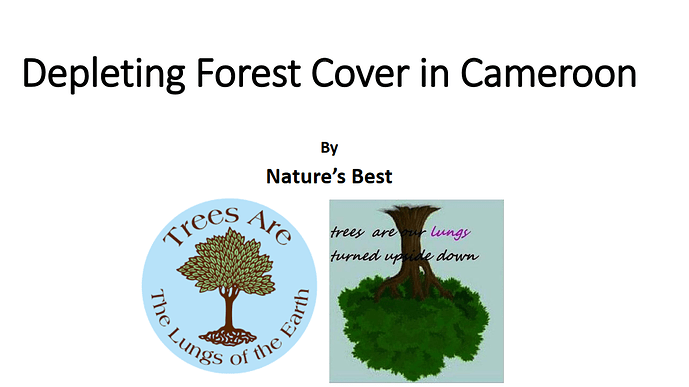 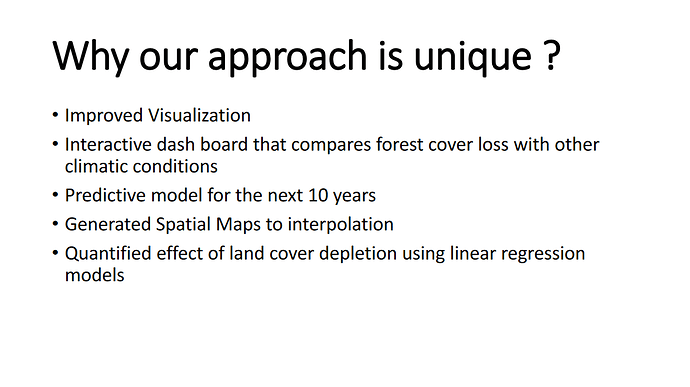 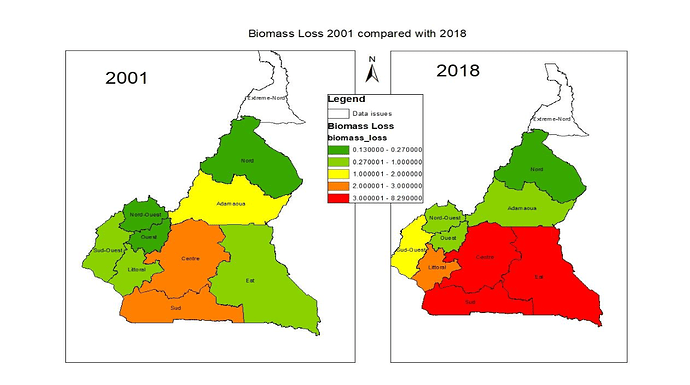